A campaign calling for the independence of California from the United States has opened an “embassy” in Moscow.
Here you can check their official website: http://www.yescalifornia.org/

The movement, Yes California, is hoping for a “Calexit” break from the US. Speaking at a press conference on Sunday, Louis Marinelli, leader of the movement, said the embassy will not deal with diplomatic issues, but will act as more of a cultural center that will educate Russians about California’s history, boost trade ties and promote tourism.

The California independence movement gained some traction, particularly on social media, in the wake of Donald Trump’s election victory in November. It describes itself as a “nonviolent campaign to establish the country of California using any and all legal and constitutional means to do so.”

Marinelli, a 30-year-old political activist has been one of the most vocal proponents of Californian sovereignty in recent years. He has been spearheading the campaign from Siberia—where he relocated from San Diego with his Russian wife—since September.

He is now planning to hold a referendum on California’s independence in 2019, if he can gather the 500,000 signatures required for the proposal to be put to a public ballot.

Although he will not be requesting “military assistance from Russia,” to enforce the split he says he will expect the “entire international community to recognize the results.” 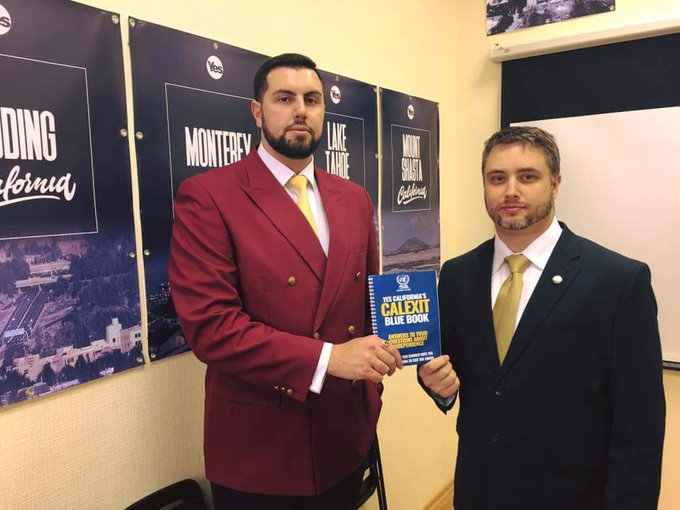 On Sunday, Marinelli added that he wishes to “lay the groundwork” for bilateral relations between an independent California and Russia.

“We’re opening up a conversation in Russia and it’s [to] a much smaller degree to the Americans when they wanted their independence from the British empire. They went and pursued military assistance and so on and so forth. We’re not doing anything like that.”

The campaign hopes to hold a referendum on independence in spring 2019 should they be able to gather the 500,000 signatures required for it to be put to a public ballot.

Marinelli has previously filed several ballot initiative proposals relating to secession for California. However, none of them has been successful in gathering enough signatures to go to a public vote.