While commenting on President Donald Trump’s very public support for Christianity, as well as the frequent Bible studies and prayer gatherings held at the White House, evangelical Pastor Paul Begley said first lady Melania Trump demanded that the White House be spiritually cleansed and that pagan, demonic items and artificats from the Obama and Clinton years be removed.

Melania Trump reportedly said, “I’m not going to go into that White House unless it has been completely exorcised,” according to Pastor Begley. One thing was left, a cross on the wall. “They cleansed the White House,” he said.  “They had people in there anointing it with oil and praying everywhere.”

Pastor Begley made his remarks during the Feb. 2 edition of Weekend Vigilante, hosted by Sheila Zilinsky.

“I have to say, when the president allowed 40 pastors to come in to the White House and anoint him with oil and lay their hands and pray on him—seven times he’s done this—that is unheard of,” Begley said. “We haven’t ever – the guy’s got flaws, we all do. But at least he is humble enough and recognizing that he needs God enough that he keeps bringing them in for the prayer.”

“And I’ve got to say this, it might have started with the first lady,” said Begley.  “I’m just being honest with you.”

“The first lady, in that five hours when the Obamas and the Trumps went down to the Capitol and Trump was being sworn in as the 45th president of the United States,” Begley claimed, “Melania Trump said to her husband – she said,  ‘I’m not going to go into that White House unless it has been completely exorcised.’”

He continued, “Because apparently during the eight years when Obama was there, and maybe even some of the presidents before him, there were all kinds of idol gods and images and all kinds of artifacts in there that were demonic, even some of the stuff from the Clinton era because they were really tied in with the Haitians.”

“I can tell you, you can read the Serpent and the Rainbow story and find out just how much Haitian witch-doctor influence was on Bill Clinton and Hillary Clinton’s lives,” said Pastor Begley.  “They constantly went back there. They spent their honeymoon with a witch doctor. Who does that?”

According to the Washington Post, the Clintons did go to Haiti for their honeymoon in 1975. The Post further reported, “They toured the old hotel where the writer Ernest Hemingway once stayed and visited a voodoo high priest dressed in all white.” The article does not say why they visited the voodoo high priest.

“They decorated their homes with Haitian art,” said The Post.  “They flew back again and again. Hillary Clinton once said that theirs was a ‘Haiti-obsessed family.'” 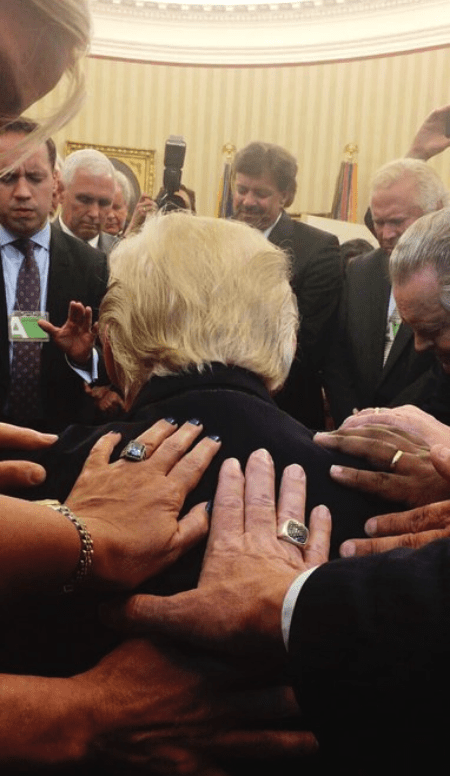 In his book, My Life, Bill Clinton explained that he and Hillary attended a voodoo ceremony where an alleged “spirit arrived,” participants rolled flaming torches over their bodies and walked on hot coals and, at one point, a person bit off the head of a chicken.

Pastor Begley then related that the first lady apparently said, “‘You’ve got to get all of that out of there and send in some preachers and priests'” – she wanted priests or anyone — to go in and cleanse the White House or, ‘I will not spend one night in it.’” 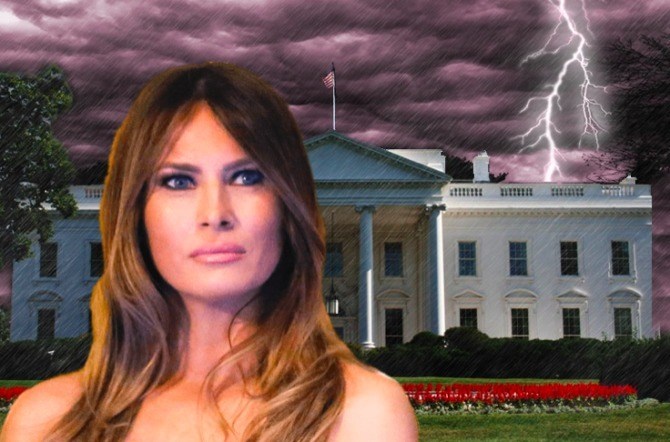 The president did, said Begley.  “There were people in there packing up every idol. The only thing that was left, Sheila, was one cross on one wall. They cleansed the White House. They had people in there anointing it with oil and praying everywhere.”

“This was a major spiritual – it might sound like overdoing it, a little excessive,” he said, “but you’ve got to take the seat of authority when you go into spiritual warfare. You start with the spiritual authority and then it goes on from there out. I think that that might have been where this whole thing began, in a mighty way of exorcising the demons.”

CNSNews.com contacted Pastor Paul Begley and asked for more information about the spiritual cleansing. Begley said his source for the story was close to “those working in the White House” and requested that he (or she) not be named.

In an email to CNSNews.com, Pastor Begley said, ” I was not there, but a close source to those working in the White House revealed to me that the ‘Spiritual Cleaning’ did take place before the First Lady would feel comfortable living at the White House. All religious artifacts from former administrations were removed except for 1 cross on 1 wall in the White House. Also Prayer Meetings were established in the White House for prayer and devotions. I was requested to (not reveal my source).”

In his many prayer meetings, President Trump reportedly has welcomed evangelical Protestants, Catholics and Jews. 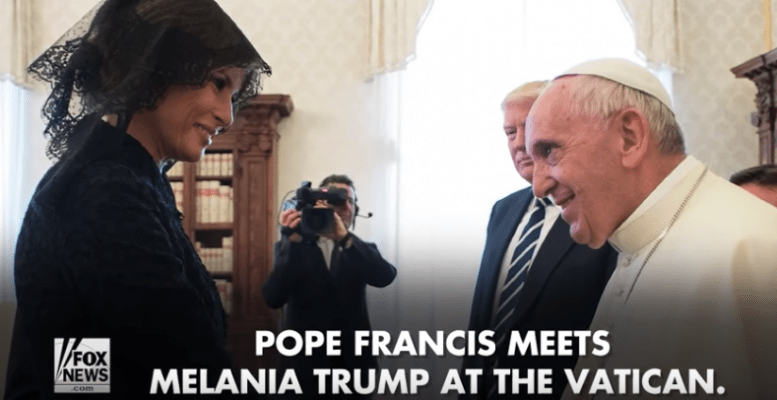 Melania Trump is a Catholic. Her husband, President Donald Trump, is a Presbyterian. The two were married in an Episcopal church in 2005. When Melania came down the aisle she was holding a Catholic rosary and a vocalist was singing the Ave Maria, reported the Washington Post.

Having a home blessed by a priest is a common practice among Catholics, especially if there is any concern that anything unholy may be in or have occurred in the home or on the property in the past.