First Lady Melania Trump was under so much pressure over the Easter holiday, and it was all because of Barack and Michelle Obama and their minions in the media. Every year, the biggest event the First Lady plans is the White House Easter festivities, and Melania just got sweet revenge on Michelle by doing the one thing that she never saw coming. You’re going to love this.

All last week, the mainstream media was in an uproar over the planning of the White House Easter Egg Roll. The sycophants of the Obamas in the media claimed that Melania was in over her head and that she was unprepared for the huge event.

They waited in glee for the event on Monday while Barack and Michelle Obama were partying with celebrities on a yacht. For Christians, Easter is the most solemn occasion of the year, recalling the death and resurrection of Jesus Christ, yet the Obamas were celebrating Easter like it was a drunken co-ed weekend, as if Christ died and rose so that they could party with Bruce Springsteen and Tom Hanks.

The Obamas posed for a picture onboard a $300 million dollar yacht on Easter Sunday. (Photo credit: Visual Press Agency) 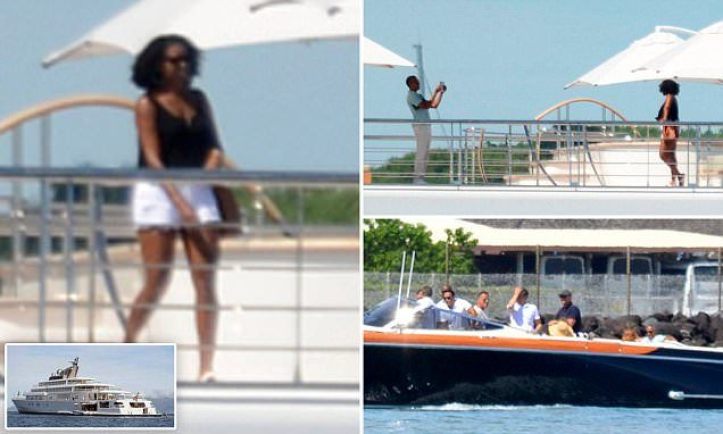 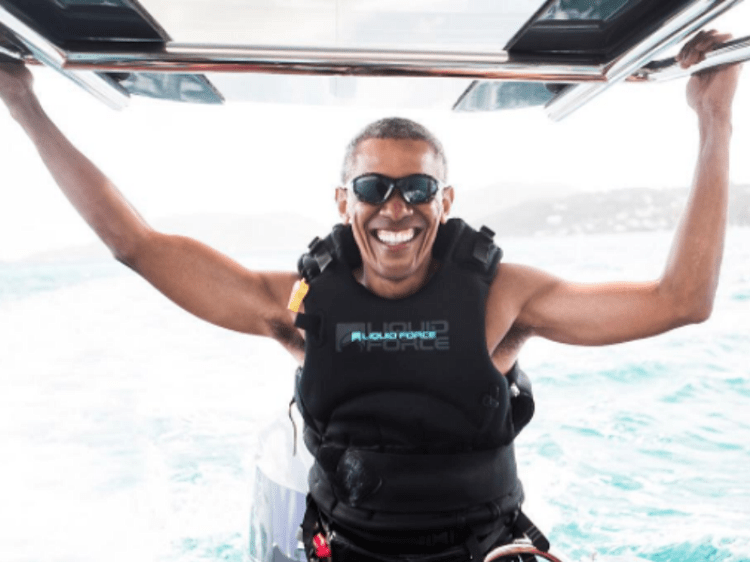 “Despite concerns that the event might not be well planned, all seemed to go off without a hitch. It was lower key and less flashy than in years past. The first lady’s spokeswoman said she wanted to focus on the more traditional aspects of the longtime Easter Egg Roll,” reports Washington Post, one of the Obama’s favorite go-to media outlets. “The Easter Egg Roll drew about 35,000 people in 2016, when the Obama White House organized a carnival-like event that highlighted the first lady’s ‘Let’s Move’ health and fitness initiative.” 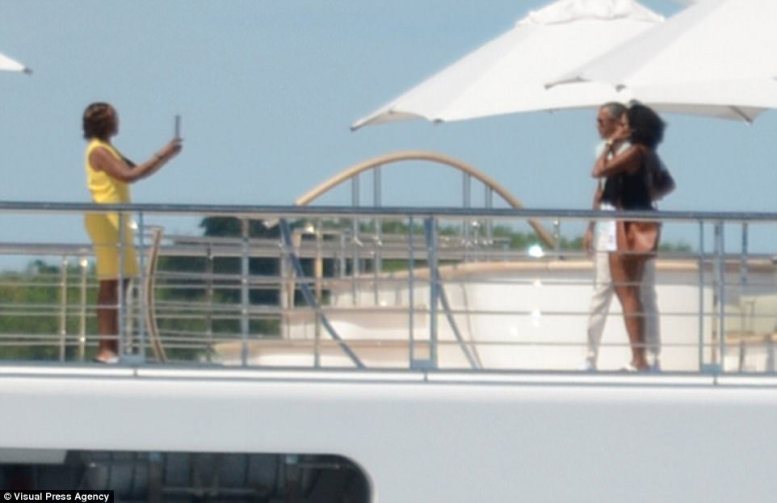 Melania decided to go with the Marine Corps Band and Christian musicians called “Martin Family Circus.” She had the traditional egg roll game and a section where kids could listen to President Trump read them stories. The atmosphere was family friendly and not over the top, just plain fun with lots of mingling with the First Family.
President Donald Trump with kids at 2017 Easter Egg Roll at White House

First Lady Melania also made sure this would be not an insider’s event. In contrast, the Obamas were famous for making all events at the White House for celebrities and not for regular Americans. “[T]he White House came through, releasing tickets in mid-March and distributing them via an online lottery and to ‘schools, children’s’ hospitals and military and law enforcement families,’ White House press secretary Sean Spicer said Thursday,” reports Washington Post.

So, while Michelle Obama was busy taking selfies and sipping champagne on Easter, Melania and the president went to church and ate Easter dinner with their family. On Monday, while Barack was hanging out on a $300 million dollar yacht with Oprah, the Trumps were welcoming military and law enforcement families to the White House for a traditional Easter event.

While the Obamas can do whatever they want on Easter, what they can no longer do is claim to be practicing Christians nor can they claim to be working hard to help poor Americans. Since they left the White House in January, they have been going from one millionaire to the next, and they act like grifters getting their room and board and food all paid for. It’s pathetic.

Well, Melania took their gossip and rumors that they planted in the press and turned it around on them. The First Lady took the Easter event and returned it to the people and to God. Like a true Trump, she played them the whole time as they took delight in reporting that she was going to botch it. In the end, she not only nailed it, she made Michelle Obama’s previous events look really bad. She tossed everything Michelle had done and made it into a Christian and traditional American event, again.