Florida’s Palm Beach has long been an exclusive enclave of wealth and fame. But now the president’s palatial club is open to the world’s gaze as ‘the Weekend White House’. Not everyone is happy…

Mar-a-Lago Club, one of the most highly regarded private clubs in the world, is owned by President-elect Donald Trump. Located in one of the most valuable parcel of land in Florida, also considered to be a playground for the rich, the Mar-a-Lago, which is Spanish for Sea to Lake, is truly the crown jewel of Palm Beach.

In his first month as president of the United States, Donald J Trump spent three weekends at his home in Palm Beach, Florida, a palatial estate known as Mar-a-Lago. Initially he called it “the Winter White House”, but now he renamed it “the Southern White House”, signalling that he is likely to make trips to the 118-room waterfront mansion all year round. Some are joking that it has become “the Weekend White House”. 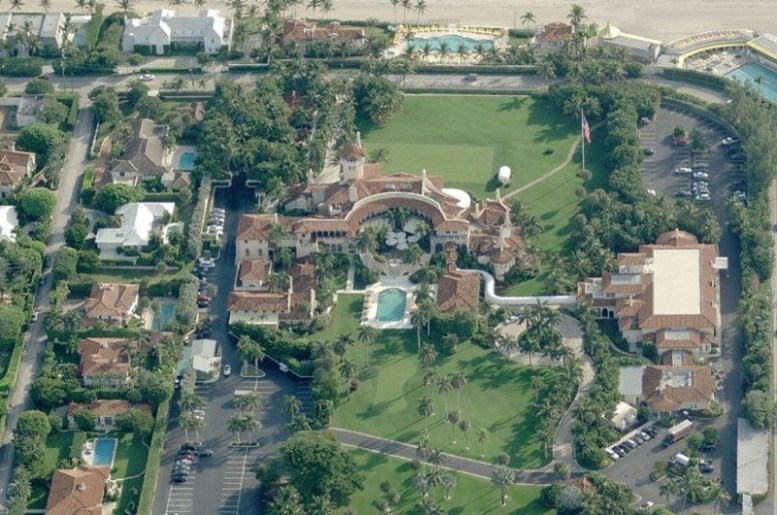 1 – Owned and operated by Donald J. Trump, Mar-a-Lago is the only private club world-wide to attain the prestigious 6-Star Diamond Award from the American Academy of Hospitality Sciences, and is considered to be one of the world’s most sought after private clubs. 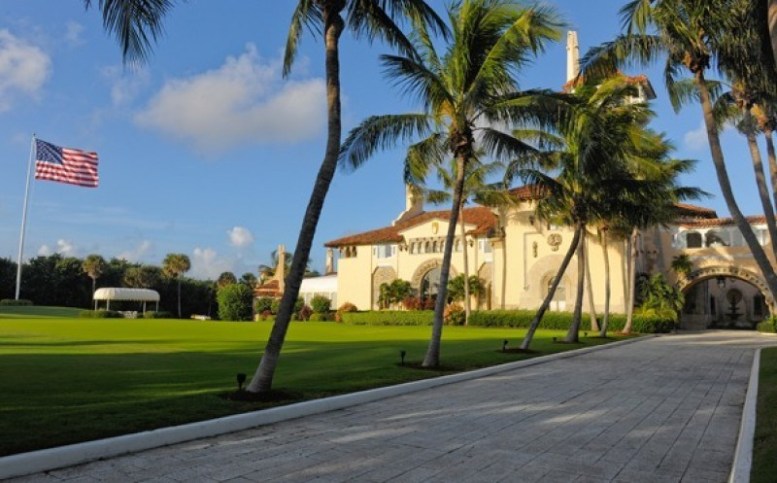 2 – While the Mar-a-Lago Estate was opened officially in January 1927, it was purchased by Donald J. Trump in 1985 and used as a private residence until 1995. In April 1995, Mar-a-Lago became established as The Mar-a-Lago Club. 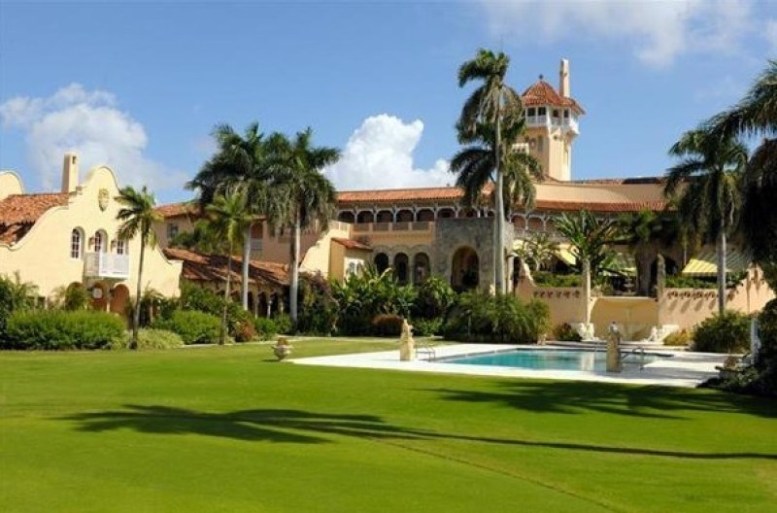 3 – Located within 20 acres of perfectly landscaped gardens and with ocean views, this 128-room Palm Beach mansion was transformed in to a club with 126 rooms along with private quarters for Mr Trump. 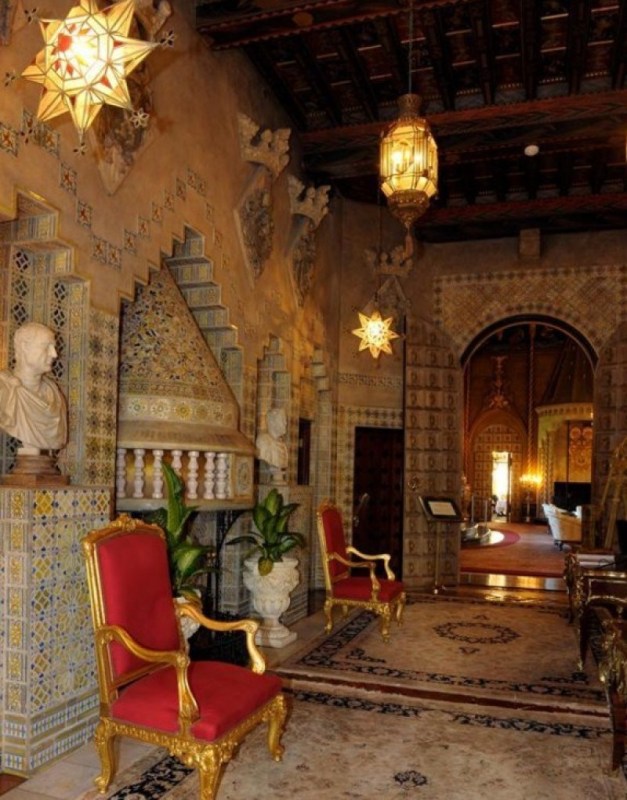 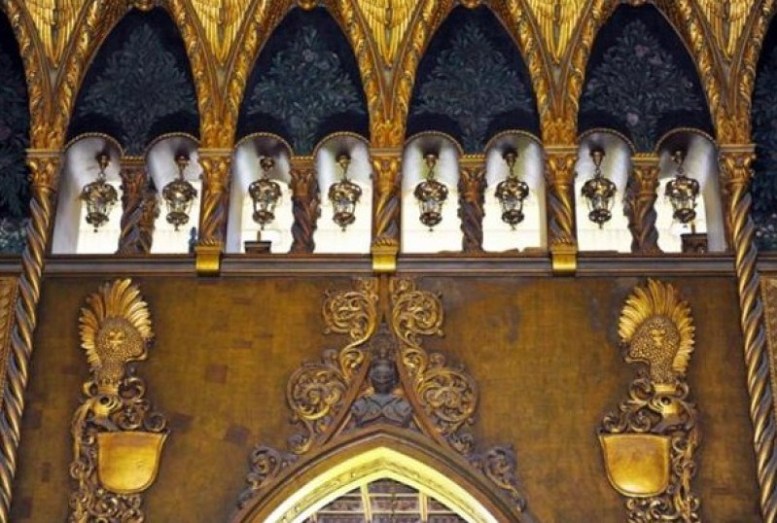 5 – The main house is an adaptation of the Hispano-Moresque style, long popular among the villas of the Mediterranean. It is crescent-shaped with an upper and lower cloister along the concave side of the building that faces Lake Worth. A seventy-five foot tower tops the structure, rendering a magnificent 360 degrees view. 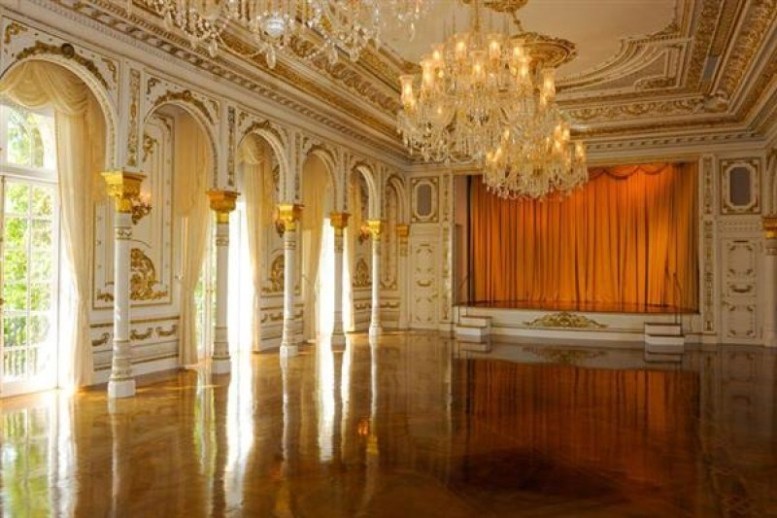 6 – Donald’s love for grandiose is seen in form of gold leaf detailing in the living room, painted frescoes in the dining room as well as the entrance lined with 15th century tiles. Also the new 20,000 square feet Donald J. Trump Grand Ballroom, the largest on the island, boasts of walls inlaid with $7 million worth of gold leaf. Money keeps flowing as Trump has also installed four gold-plated sinks in a women’s room, each costing $25,000. 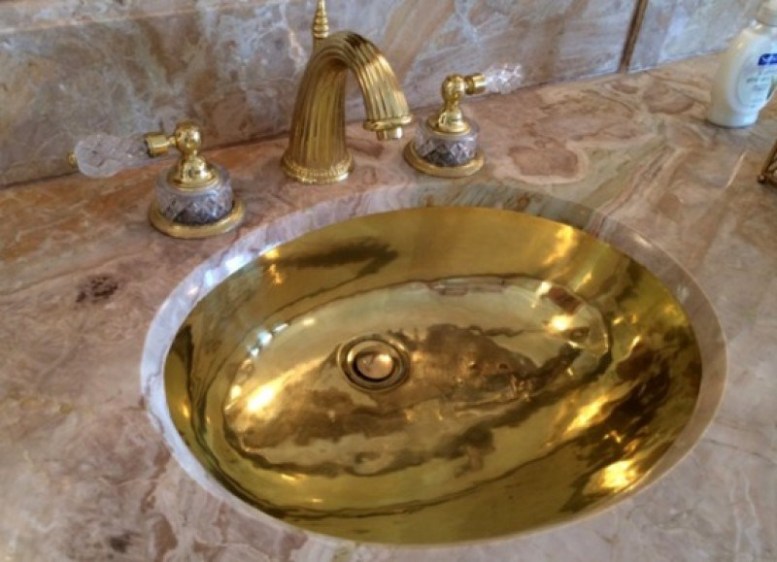 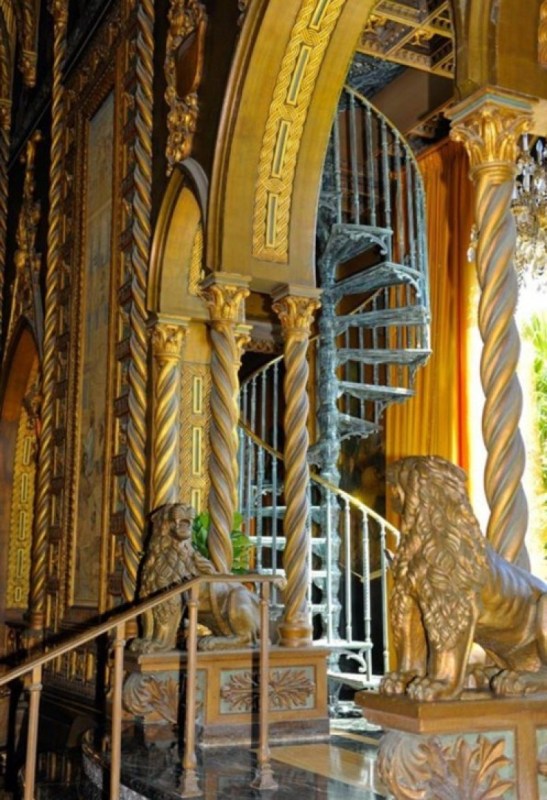 8 – It is the last remaining Palm Beach estate still containing its buildings and land in almost identical form as its original conception. 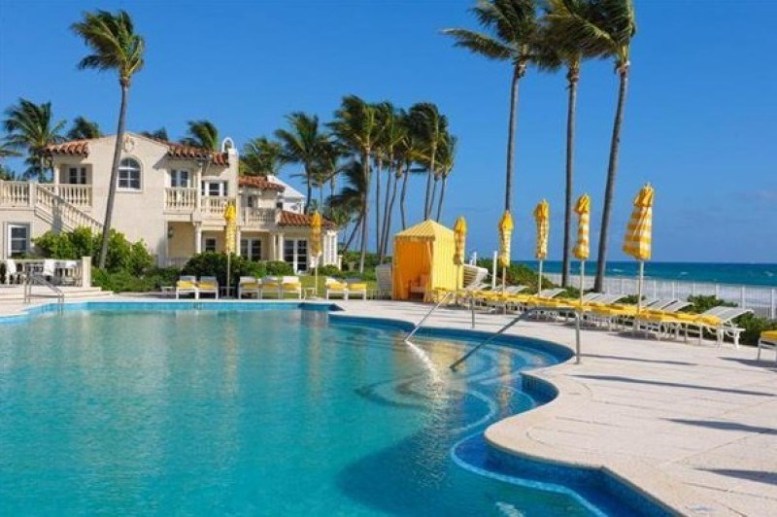 9 – A five minute drive away is the acclaimed Trump International Golf Club, West Palm Beach, one of the most beautiful golf courses anywhere. 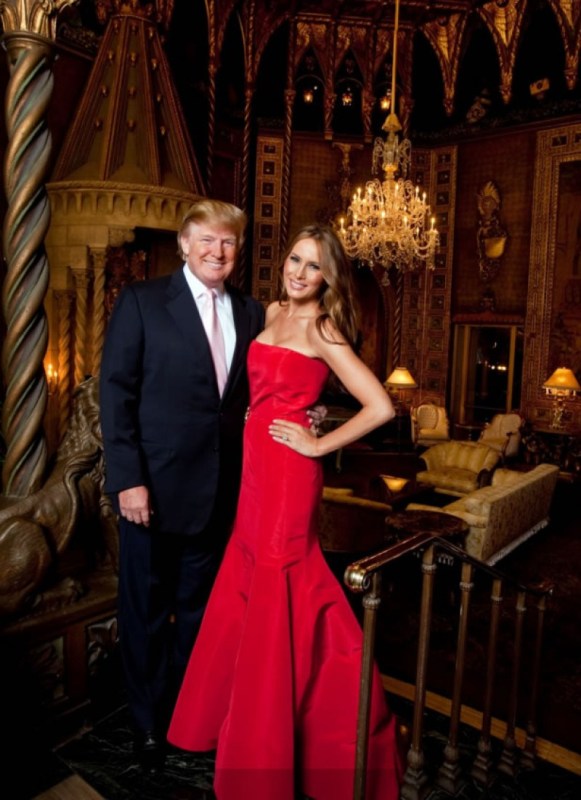 10 – Trump brought this club in play for his campaign to win over voters, urging them to consider his record with Mar-a-Lago as evidence that he would be a strong commander-in-chief.